Hermann Pitz lives and works in Munich. He is Professor of Sculpture at Akademie der Bildenden Künste München and since 2011 he has been Vice President of the Akademie. For over the last thirty years, his work has been a defining reference point in the German art world since its appearance in the early eighties and Pitz is considered to be one of the key figures in German conceptual art. This is his first project in Hastings/St Leonards.

The work refers to Pitz’s 2017 intervention in Cyprus, sited in a valley of the Akamas Peninsula which is located at the farthest tip of Cyprus in the south eastern end of the European Union.  At the other end of Europe, at The SPACE, Pitz produced a new temporary site specific sculpture that has been inspired by a popular devotional icon of the Virgin Mary (ca 1920s, signed by the artist S Berger). 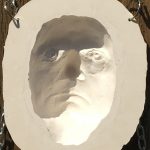 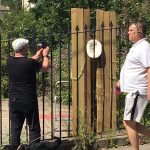 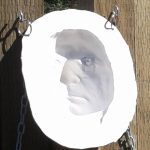